To purchase tour tickets for the Perkins Stone Mansion, visit us on EventBrite.

Completed in 1837, the Perkins Stone Mansion was built by Colonel Simon Perkins, son of Akron's founder General Simon Perkins. As one of the finest examples of Greek Revival architecture in Ohio, the Mansion is now a historical house museum whose objects and rooms not only bring to life the Perkins family's lifestyles over three generations, but interpret the history of Akron and Summit County from Akron's founding to the turn of the century. 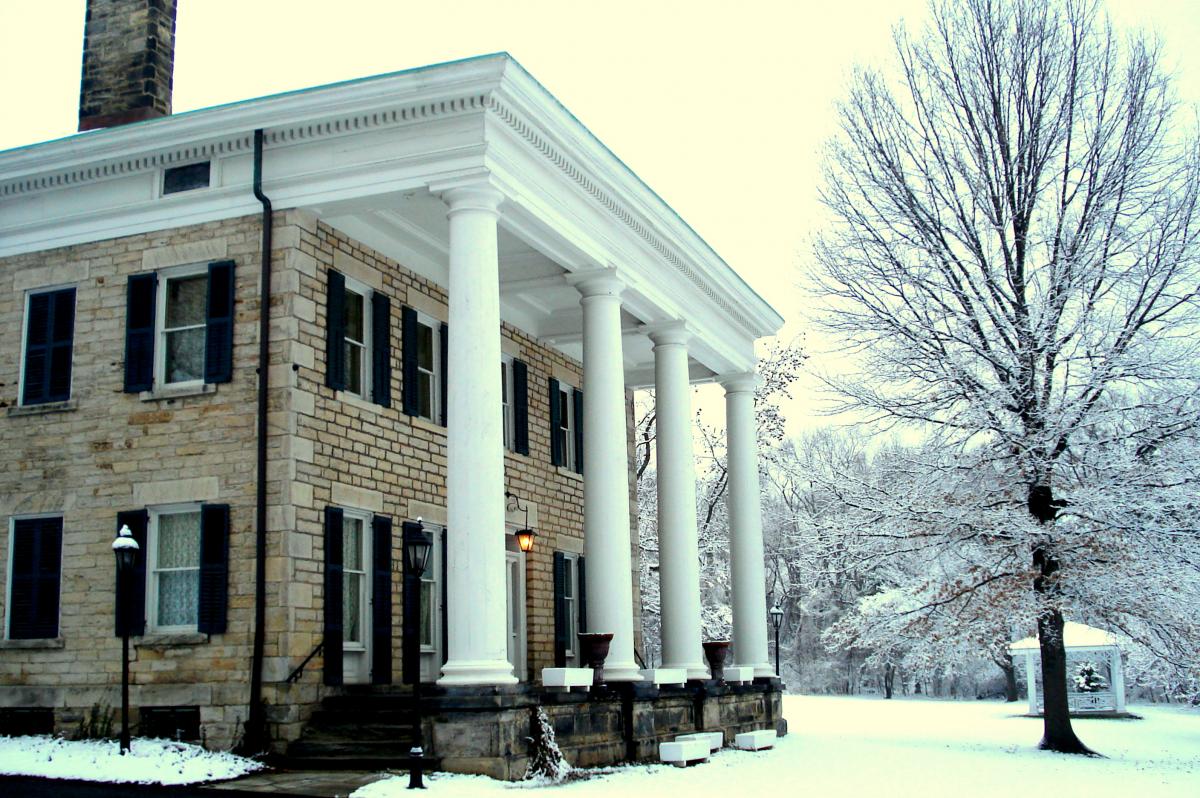 Descendents of the Perkins family continued to occupy the house until 1945, when it was sold to the Summit County Historical Society. The restoration of the interior of the Mansion received wide acclaim when it was completed in 1986. In 2006, the Mansion served as the main site of the Junior League of Akron Designer ShowHouse, during which time many renovations and improvements were made throughout the house.

Architectural historian Walter C. Kidney, in his book, Historic Buildings of Ohio, speculates that Issac Ladd was the house's builder.

Ladd constructed a similar house in Warren, Ohio, near Youngstown. The house is constructed of square, random laid, rough faced sandstone. Dressed stone, quoins, lintels, sills and water table contrast with the rough faced stone walls. One of the house's most impressive features is the two-story portico. The shallow sloped hip roof is pierced by two tall chimney stacks and a balustraded viewing platform or "widow's walk." Entered from the stone portico, the main entry is framed by sidelights and a transom. The house also exhibits elements of the Federal style, as can be seen in the elliptical frieze windows on the side elevations and the delicate interior woodwork.

Adjacent buildings include an 1865 woodshed (now the Society office), and an 1895 Wash House, which includes a windmill. A dry-laid sandstone wall runs along the street edges of this corner property. 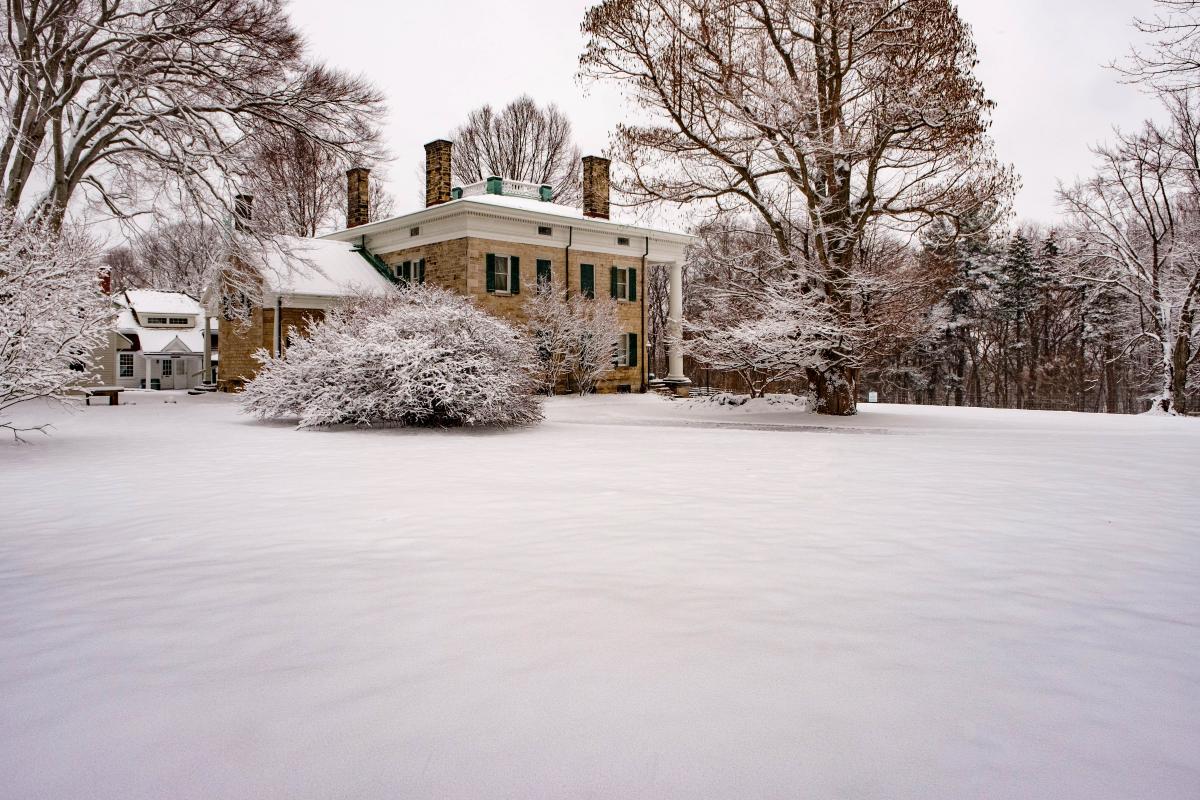