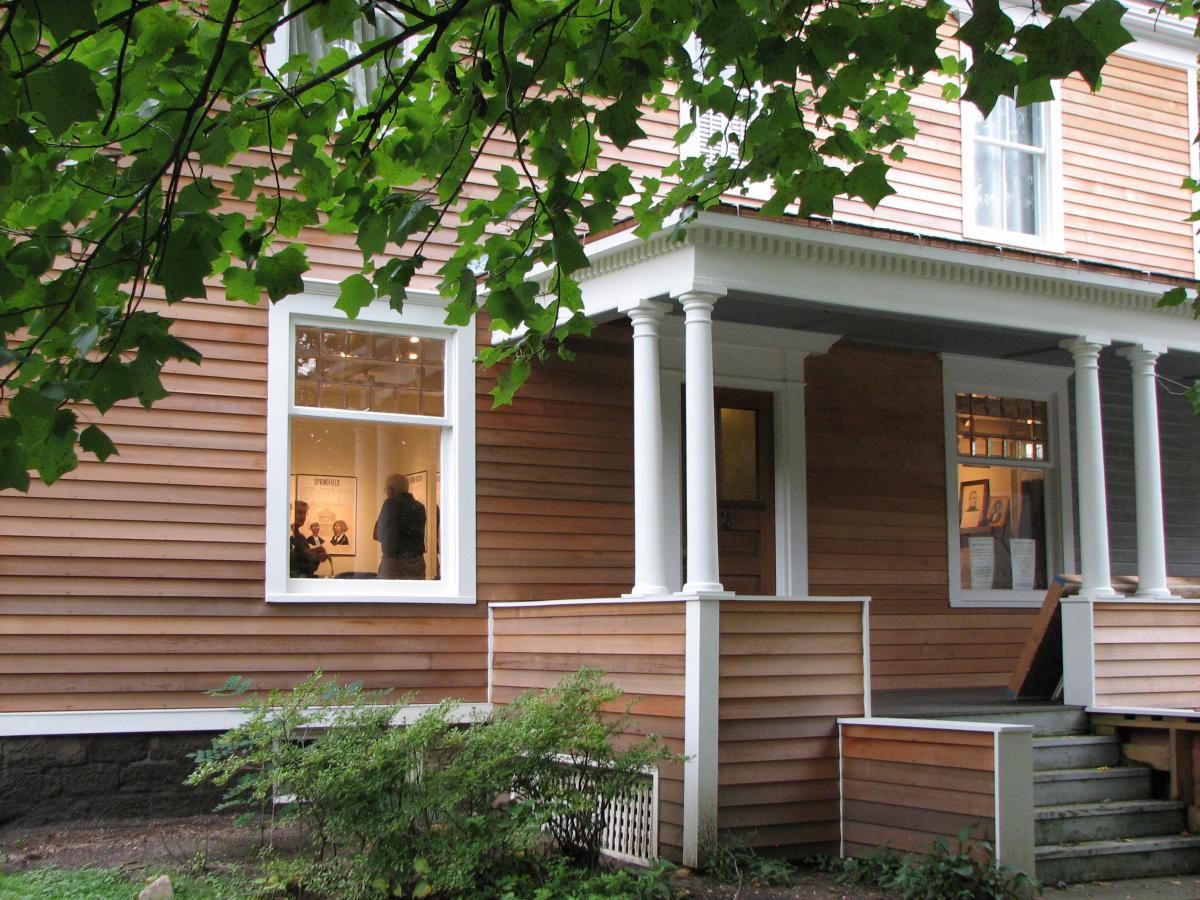 AKRON, Ohio, March 21, 2019 – To celebrate abolitionist and Akronite John Brown’s birthday, a party at his historical West Akron home will be held Thursday, May 9, at 5:30 pm.

Visitors to Brown’s home during the open house will see restorations and renovations underway to the 1830s structure by the Summit County Historical Society.  New displays depicting his life as a family man, farmer and freedom fighter are also being installed, according to Society President Leianne Neff Heppner.  Cake and ice cream will be served.

“The second phase of the comprehensive facelift, completed last year of the nearly 190-year-old house, ensures the structure is warm, safe and dry,” said Neff Heppner.  “Guests will get a sneak-peek at Phase Three, including new interactive exhibits in the original front two rooms that housed as many as 14 Brown family members from 1844 to 1854.”

She said Brown and Colonel Simon Perkins, son of Akron-cofounder General Simon Perkins, were partners at the time in the wool industry.  Brown raised sheep on property that included the Perkins Stone Mansion and his adjacent home rented from Perkins.  Brown was acknowledged to be a good neighbor with vested interest in the community.

While in Akron, Brown’s abolitionist actions escalated, including helping freedom seekers escape using the Underground Railroad.  He later headed raids in Kansas that contributed to the territory becoming a U.S. free state.  In 1859, his infamous raid on a federal armory at Harpers Ferry, Va., led to Brown being convicted of treason.

“The Harpers Ferry raid and Brown’s subsequent hanging escalated tensions between the North and South that the Smithsonian Institution recognizes as the beginning of the Civil War era that continued until Lincoln’s assassination,” Neff Heppner explained.

She said today some would call Brown a terrorist, while others would label him a patriot.  Whether a madman or martyr, “His legacy needs to be celebrated and explored.”

The John Brown House is located in Akron at the intersection of Copley Road and Diagonal Road, across from the Perkins Mansion.

House and Mansion tour, gift shop and office hours are available at summithistory.org or by calling 330.535.1120.  The grounds, called Mutton Hill, are open all year from dawn to dusk.