The John Brown House is currently open for tours by appointment. To purchase tour tickets for the Perkins Stone Mansion, visit us on EventBrite.

Built circa 1830, by Benjamin O. Greene and Salmon Hoisington, it was rented by the Perkins family as the Stone House (today's Perkins Stone Mansion) was being built.  Colonel Simon Perkins purchased the structure in early 1844 and then rented it to John Brown and his family.

Recovering from bankruptcy in 1844, John Brown signed an agreement with Colonel Simon Perkins to establish a wool partnership.  The arrangement required Perkins to furnish food and shelter for the sheep with Brown providing care by washing the sheep, shearing the wool and preparing the products for market. Also included in the contract were provisions for the Brown family, “Said Perkins agrees to let said Brown the frame dwelling house on his farm (south of the house in which he now lives) door-yard, garden grounds, and the privilege of getting wood for fuel, for the rent of thirty dollars a year . .”

Unfortunately, this venture ended in various lawsuits that cost the partnership approximately $40,000 (over a million dollars in today's economy). John Brown left Akron after fulfilling the rest of his contract, but he continued to petition the people of Summit County for anti-slavery support.

A new exhibit, "Family. Farm. Freedom." was unveiled in 2019 on May 9th, John Brown 219th birthday. Funded in part by the National Park Service Underground Railroad Network to Freedom in collaboration with the Association for the Study of African American Life and History, the exhibit shares the life of John Brown with interpretation and hands-on exhibits for all ages. For our Juneteenth community gathering that same year, renowned artist Woodrow Nash, also a Society board director, donated and unveiled a new bust of John Brown. 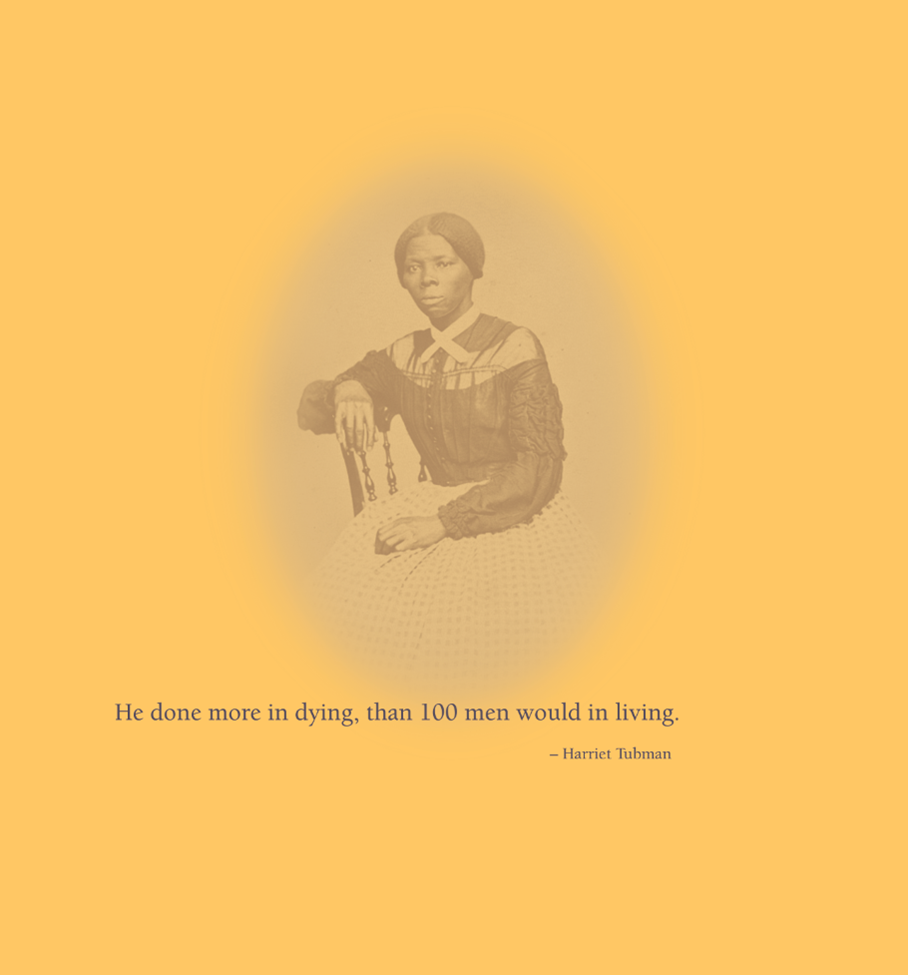 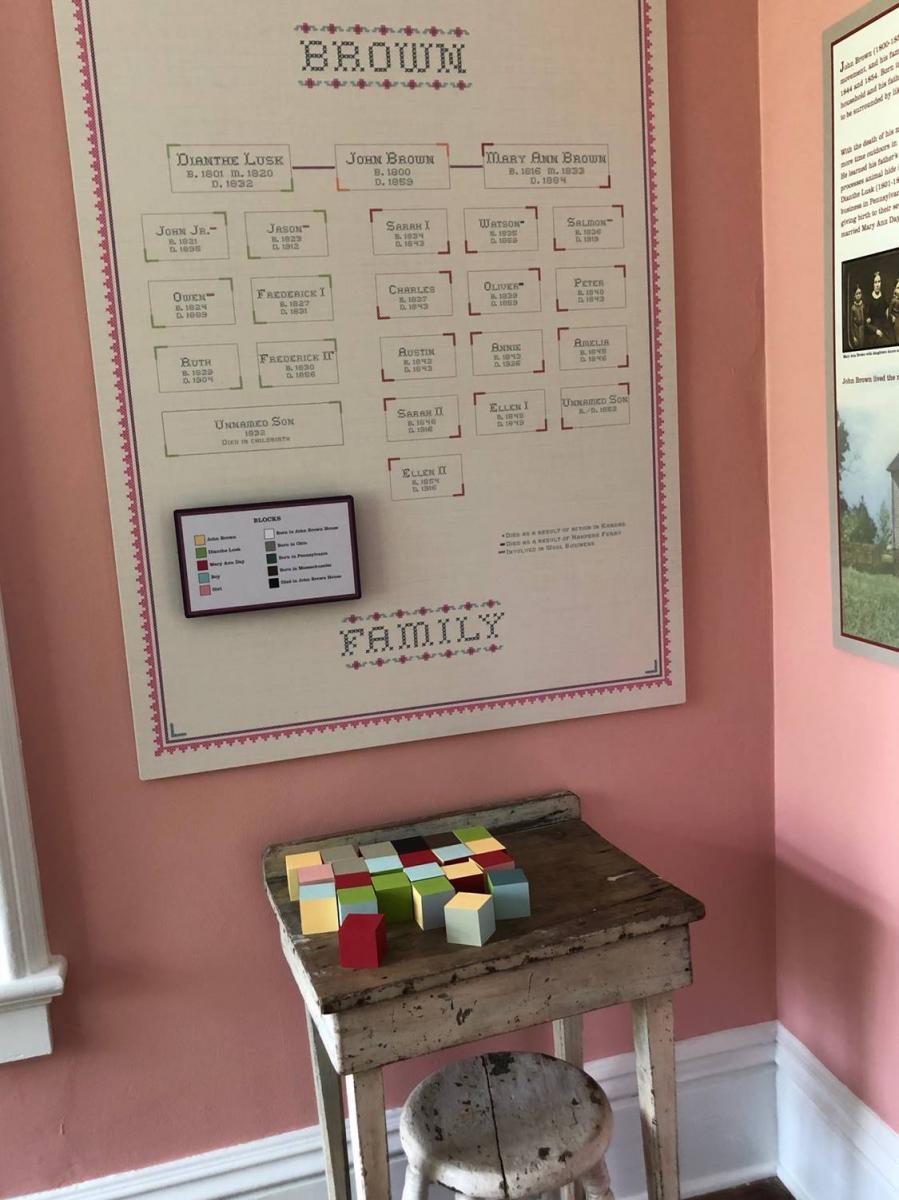 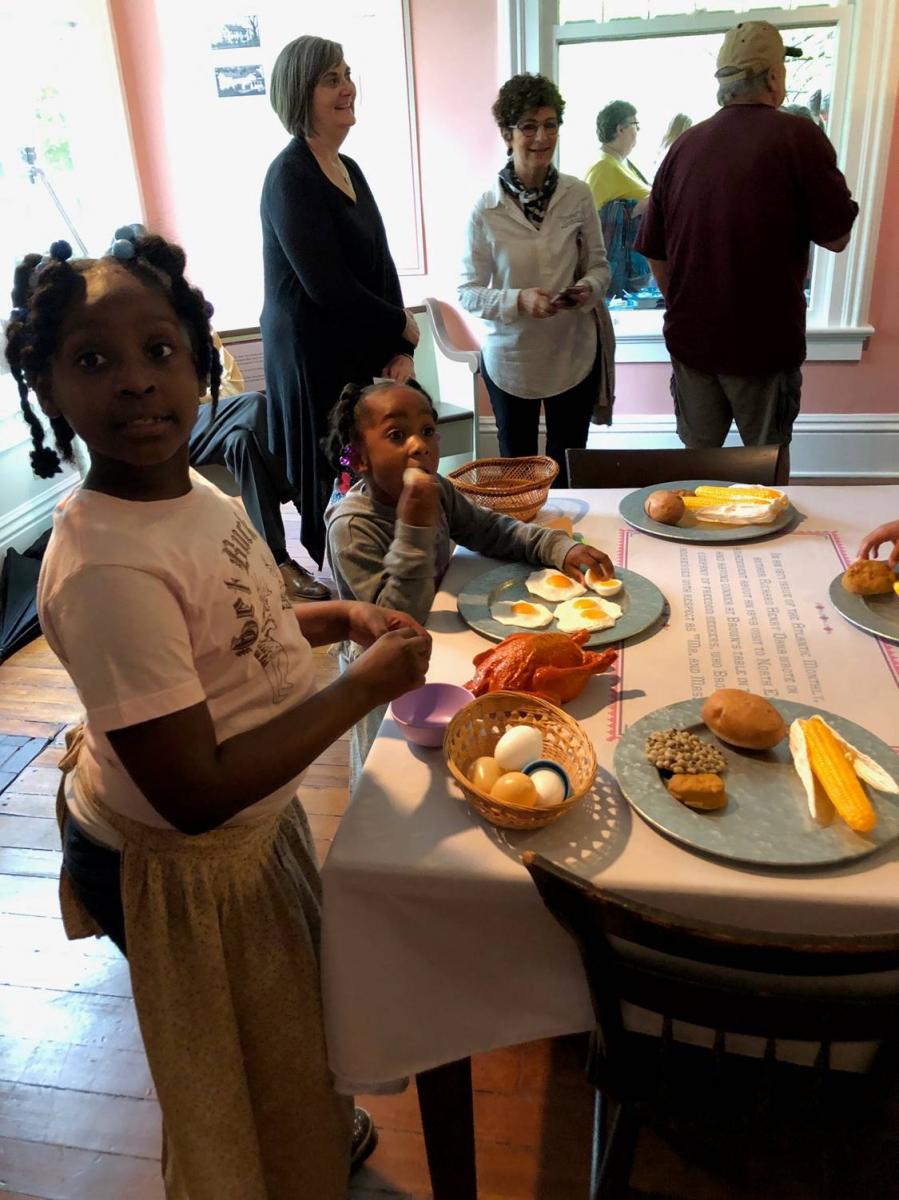 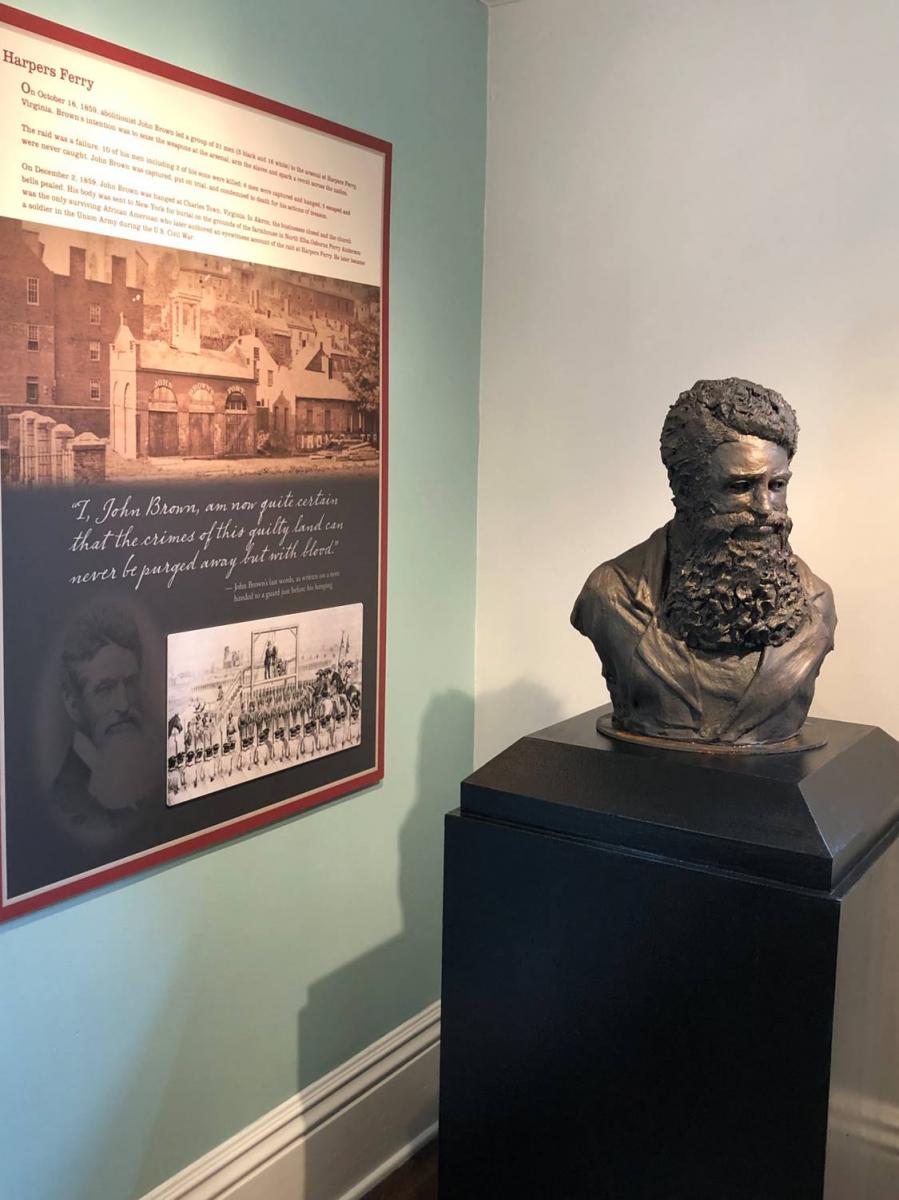 The house was expanded to accommodate its occupants over the years, including being known as the first home of the Portage Country Club.

House owners after the occupancy of John Brown:

1925 – executors of a trust for Charles Perkins’ widow, May Adams Perkins

1942/1943 – The Society received the home through the will of May Adams Perkins upon her death in 1942, but the agency did not have complete ownership until 1943.

Portage Country Club is one of a handful of clubs that is a hundred or more years old.

The growth of the Club paralleled the rise of the rubber industry in Akron, and it became the place for the athletic and social activities of the city’s most prominent families.  Today, Portage Country Club is recognized as one of the country’s elite private clubs, a tribute to the success and prosperity of the City of Akron and a memorial to those who contributed to its evolution.

There were few golf courses in the world when golf was introduced to Akron in 1894 at the original site of the Portage Golf Club, a rural area then known as the “West Hill Residential District.”  Charles C. Goodrich, son of company founder Dr. Benjamin F. Goodrich, and Charles G. Raymond, a young executive at BF Goodrich, persuaded Raymond's father-in-law, Colonel George T. Perkins, to allow them to lay out the golf course on their farm. C.C. Goodrich, C.G. Raymond and Bertram G. Work, friend and co-worker at Goodrich, were the founding members. They rented a structure known as the "Old John Brown House," once the home of the Harpers Ferry Abolitionist, and constructed a crude nine-hole golf course around it.  The balls were handmade and the clubs, if not exactly primitive, were little more than tree limbs by today’s standards.

Equally primitive were the locker room facilities, located on the second story of a nearby stable.  Despite such handicaps, interest and membership in the Club grew until, on January 5, 1905, it incorporated under the name, “The Portage Country Club Company.”  According to The Official Golf Guide For 1900 by Joseph Newman the nine-hole course was "fairly good though somewhat short." The Club became affiliated with the United States Golf Association in 1904.

In 1905, with membership growing, the Club moved to its present location at the corner of Twin Oaks and Portage Path.

(note that George Tod Perkins is the oldest brother of Joseph, Thomas and Charles Perkins – owners of the home).

The large gallery was added onto the home by the golf club as their meeting room, and the small building behind the house has been said to be the area to store materials for the course and users.

When Charles and May Adams Perkins moved back to Akron, they made major changes to the home including adding the butler’s pantry, kitchen and second floor (not open to the public) and all the windows.

The Homebuilders Association of Greater Akron assisted in renovating the structure in 1998 and 1999 painting the exterior and making interior repairs with painting and new carpet. In 2014, the State of Ohio, led by local state legislators Rep. Frank LaRose and Senator Sawyer, saw funding provided for Phase I. Phase II was completed in 2018 with an exterior restoration of cedar wood cut exactly like the original boards, a new roof, stone and chimney pointing, painting and gutter/downspout work. This phase was funded in part by the State of Ohio, OECA Foundation, the Mary S. and David C. Corbin Foundation, Smith Family Foundation and Preservation of the Abolitionist Movement Fund of the Akron Community Foundation and Society operating funds.

Phase III continues through 2020 with another biennium grant provided by the State of Ohio. A listing of all funders will be on the Society website soon. 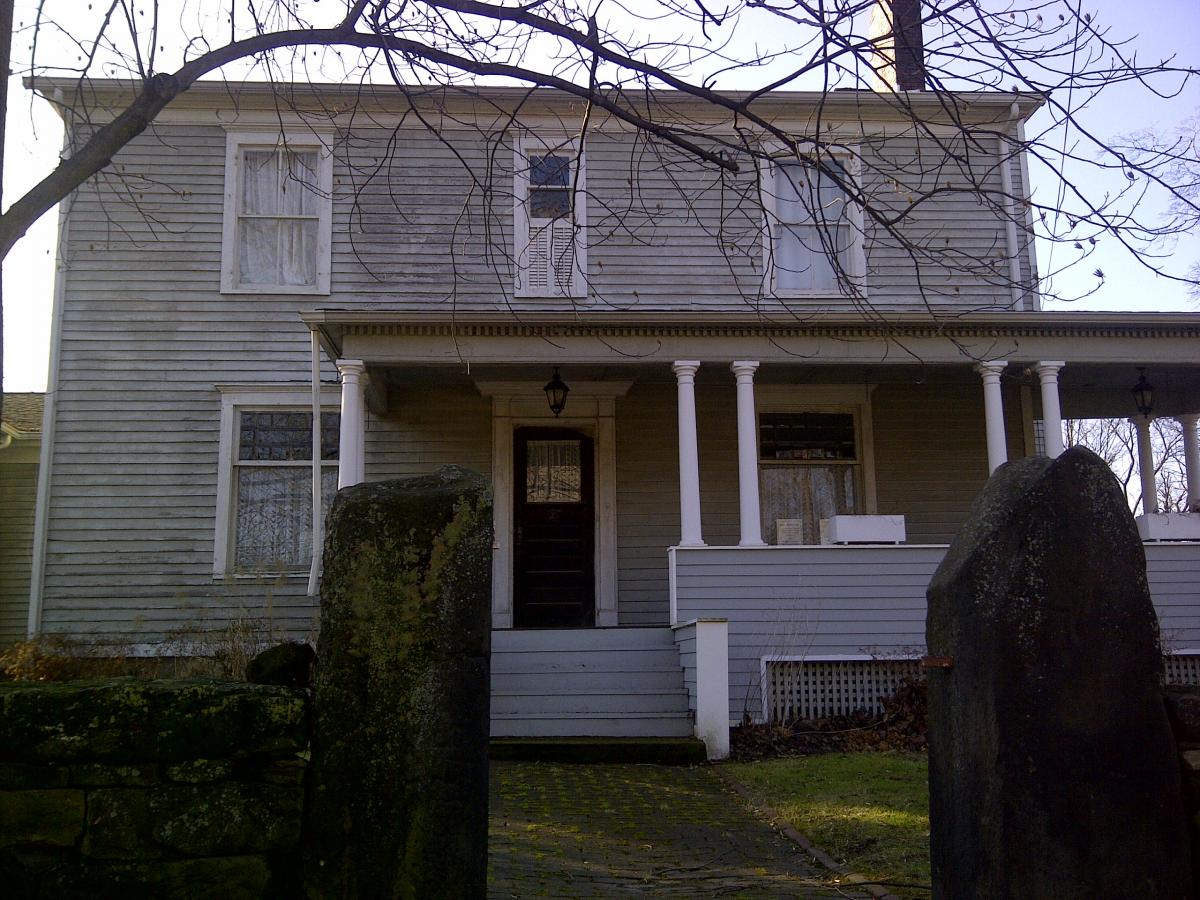 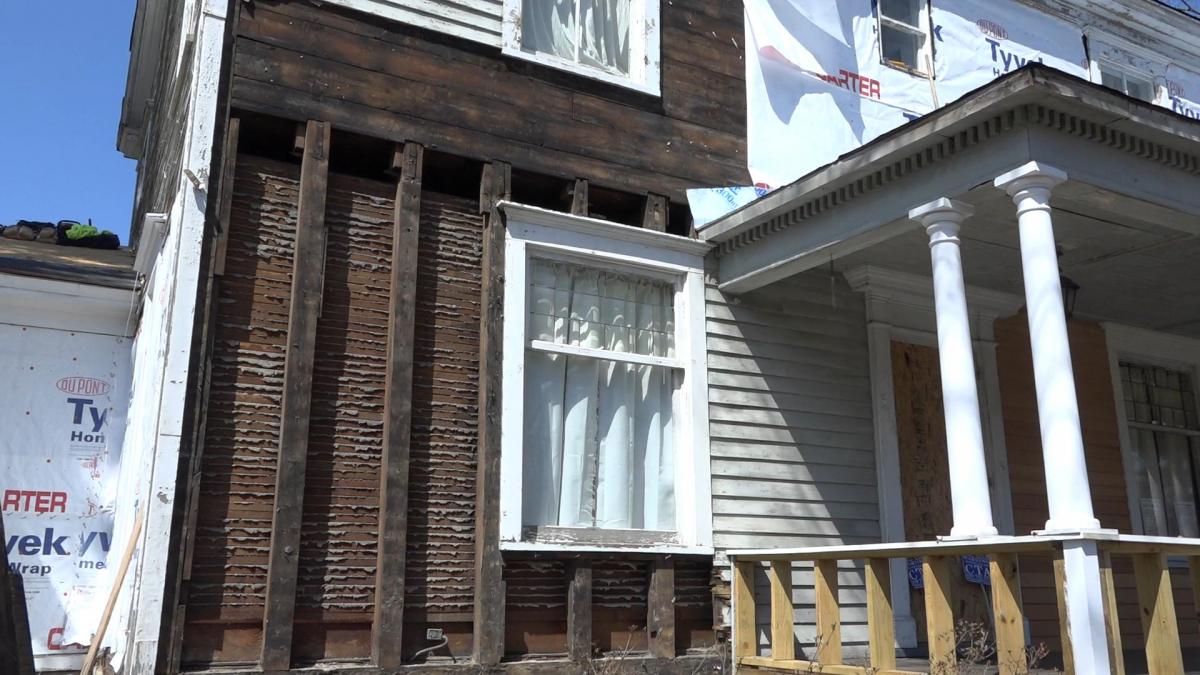 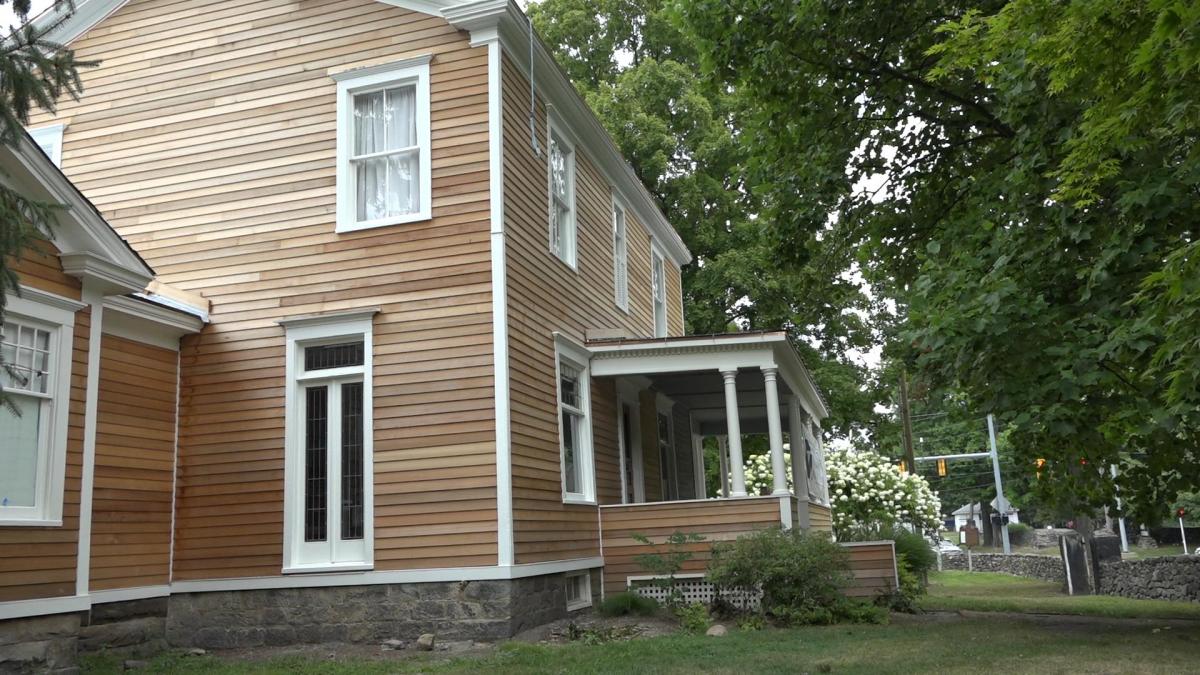